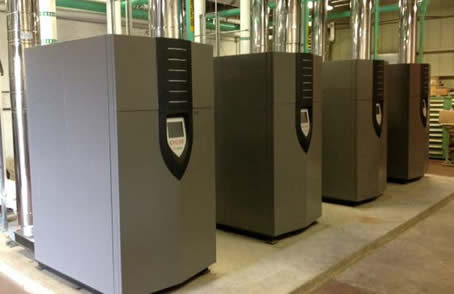 The existing systems at the USPS distribution center had reached their useful age, so they turned to the experts at Scalise to replace the mechanical systems. The outdated systems, were consuming excess energy, and were expensive to operate. A more updated, energy efficient system was suggested by the team and approved by the client.

EMCOR Services Scalise’s was selected as The United States Postal Service’s (USPS) vendor of choice to perform the new mechanical installations at their distribution center on the North Side of Pittsburgh.

Scalise’s technicians met the client’s expectations by replacing the worn equipment with new boilers and customized air handling units. Redesigned duct and piping infrastructure was installed to support the new energy efficient design of the systems. The existing motor control centers were replaced and all the wiring to the new equipment was replaced. In addition, fire alarm modifications were also completed. The upgraded systems will allow the facility to operate at peak performance while reducing their energy usage and overall operating costs.

The United States Postal Service is an independent agency of the United States Government which provides mail postal service, nationwide. The USPS operates over 260,000 vehicles, employs over 570,000 people, and serves every zip code in the United States. The Pittsburgh facilities is one of dozens of network distribution centers across the US that consolidate the processing of originating mail into fewer sites to increase operational efficiency, decrease cost and maintain excellent levels of service.